The Wreck of the Coquimbo

It was 5:50 on a chilly winter morning in early 1909, three years before the Titanic sank and eleven years before Boynton Beach was incorporated, that the residents of Major Nathan S. Boynton‘s famous seaside Boynton Beach Hotel were rudely awakened by a cacophony of foghorns blasting just offshore about a third of a mile south of present-day Ocean Avenue. 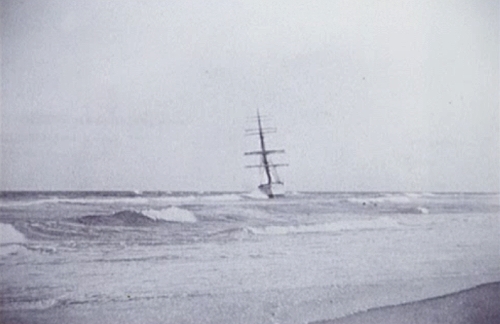 Those that tumbled out of bed and rushed down the beach could hardly believe the sight that loomed before them in the early morning shadows. It was the frozen silhouette of a ship. A large sailing ship. The kind that had ruled the seas during the previous century. Classically built, she was equipped with two square rigged masts forward and a schooner rigged mast aft. The ship was the Norwegian barkentine Coquimbo and she had run hard aground on Boynton’s off-shore reef after taking on a full cargo of long-leaf pine lumber in Gulfstream, Mississippi.

Huddled aboard were fifteen men: three Swedes, one Dane, one Finn and ten Norwegians including their leader Captain Hanson. Word spread quickly among Boynton’s early settlers and by midmorning they rushed on bicycle and foot to cross a canal, now known as the Intracoastal, on a hand-pulled skiff. 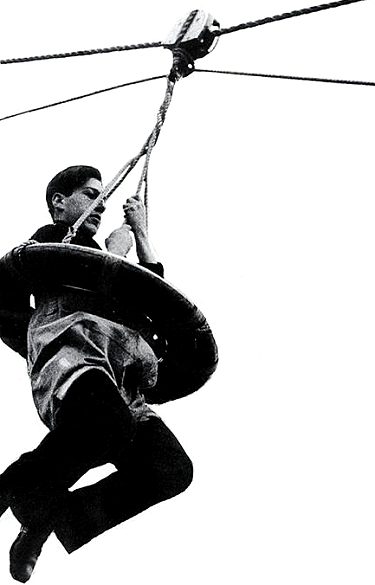 A breeches buoy was quickly erected and all fifteen men were safely transported to the beach were they spent two cold, blustery months camped under make-shift tents constructed from the ship’s sails as they awaited a steam tug to arrive from Key West. The tug finally showed and pulled on the stranded vessel for days. It was to no avail. The Coquimbo wouldn’t budge an inch and by May the relentless pounding of waves began to break up her hull.

Within days a veritable bonanza of long-leaf pine including 4 x 4s, 4 x 10s and 6 x 12s (some reaching a length of thirty feet) washed up along a one mile stretch of Boynton Beach. Men and their families scrambled to pull the bobbing wood out of the surf and stacked them in enormous heaps that reached as high as fifty feet. Fortunately, the early settlers were a tightknit group and each family’s collection remained unmolested. Shortly thereafter, a U.S. Marshall arrived and declared that all of the wood would have to be auctioned. However, he permitted the Boynton men to mark their piles and they were allowed to buy them at extremely low bids. 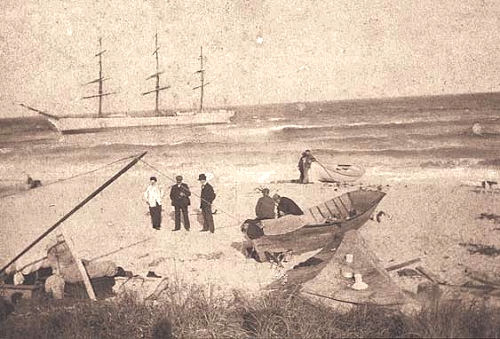 The remaining lumber was bought by a salvager from Key West who had been informed of the wreck by the unsuccessful tugboat captain. He constructed a miniature railroad that ran from the beach to the Intracoastal and, using six oxen to pull a small car, delivered it to a waiting barge where it was used to construct homes in Key West. In 1909, Key West was the wealthiest city in Florida and on its way to becoming the largest (Miami didn’t begin her rise to glory until after 1911).

The Coquimbo’s wood auctioned to the Boynton settlers was used extensively including the site of  the original Boynton Beach Women’s Club when it was on Ocean Avenue. The photo of Boynton Beach below was taken in 1910 and there is no doubt that some of these structures utilized what was salvaged from the Coquimbo.